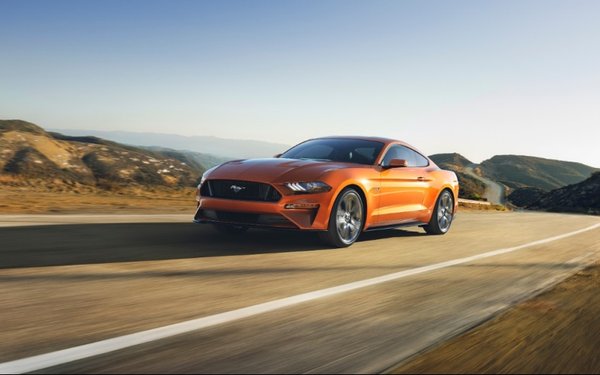 When it rains, it pours for WPP.

Less than a week after the holding company’s long-time CEO Martin Sorrell resigned under fire, the company has learned that its biggest client — Ford Motor Co. — is putting most of its massive $4 billion-plus advertising account into review.

While it’s another setback, the news doesn’t come as a complete surprise.

In November, WPP confirmed that it and Ford were in discussions about their future relationship.

And the good news for WPP is that the firm will have the opportunity to defend the account.

The review comes amid a lot of turbulence at WPP, the world’s largest agency holding company.

The company endured its worst year (2017) in terms of financial performance since the Great Recession a decade ago, resulting in a sharp decline in the company’s stock price. Much of the problem stemmed from clients — also feeling economic pressures — cutting ad budgets.

The talks with Ford that began last fall followed a recent rebranding by WPP of the primary agencies that handle the Ford business. Agencies Team Detroit, Blue Hive (the WPP units that serve Ford outside the U.S.) and Retail First were folded under a single global identity now called GTB, which stands for Global Team Blue.

GTB operates on six continents and has 49 offices. It is integrated across most communications disciplines and is WPP’s largest agency team. It is one of 48 WPP global client teams.

Ford issued this statement: “We value the talented and creative women and men at WPP. They are trusted partners and curators of the Ford brand. We don’t share private business matters but can tell you we have offered WPP more specifics about our marketing redesign and operational fitness aspirations. We are committed to driving greater marketing efficiency, effectiveness and customer insight, leveraging the latest tools and technology. We are going to place some portions of our advertising business up for bid with other agencies, including WPP, beginning in the coming weeks. No decisions have been made.”

The company reported $4.1 billion in advertising expenses in 2017, according to its annual report for that year.

Asked for comment, WPP responded: “GTB/WPP has been informed that its creative business with Ford is up for review. WPP/GTB is the most capable, passionate, informed and dedicated partner to build Ford’s vision of the future. We will be enthusiastically responding to Ford’s request for review in the days ahead.”